Presume no communication is private in the Internet of Things 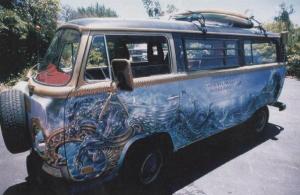 During one week in September 2017, I was operating my new vorotrans art movement facebook account, in one week I have made 5000 unknown friends starting from scratch, half of the people were asking to be either extracted from their country, either begging directly for money or indirectly begging for an itunes card, either looking for love on line, either desperately seeking to come to visit me in Montreal, either inviting me to their country, either assuming I was looking for love online, etc. Out of these 5000 international facebook friends, I think I successfully chated with 1000 in that week, I was always thanking everyone for accepting my facebook friendship request using people's first name. But only about 5 out of that thousand called me by my name. I was being always very polite, pushing detailed message, most people would respond with short answers, providing no details, using facebook accounts not really filled with any information, my facebook account was very detailed with exact information. Most people were using smart phones and I was using my desktop computer. I have no idea how facebook algorithms chose to throw these facebook accounts at me. Many accounts were being closed while they were chatting with me, mostly the beggers accounts. I had a few USA military individuals chatting with me. At the end of that week, I even chatted with a woman claiming she was a general in the USA military. By the very end of that week, the facebook site was doing security checks on me, repeatedly, every other hour, it asked me to answer a captcha, sent me a code on my cellphone and asked me to enter it before letting me going further with using facebook. Some facebooker also claimed to be facebook employees. Some were telling me I was chatting so fast, they could not believe it. I did not say, but regardless of the country of origin, name tags, pictograms, I was facebook friend requesting everyone, just like a bot would do. I also enjoyed using google translate on everyone wanting to chat with me, no matter their languages, I was trying to communicate with every one. It has been an education. It was really tough to aggregate so many facebook friends when so many wanted to chat. I can't believe it. Because I was only seeking to push some text and some links to promote my digital art and open source software, I was not seeking for long chat with single individuals at one time. While I never engaged the chat and practically never asked any questions (not to increase the chat time with each), I always politely replied to all these international facebookers questions. Because I am a natural chatterbox. So may facebookers tried to live call me, calls I had always declined respectfully explaining why and also providing my real landline number for them to drop a voice mail if they wanted. I was explaining to them that I would listen their message and might return their call. Many times, the phone rang, but no one ever left a voice mail. At the very end of that first week after my facebook vorotrans account creation, the security code facebook was sending me were not working anymore, I was getting a facebook SMS on my cellphone, entering the code in facebook website, but the facebook website kept rejecting my code, throwing no message of any kind, simply offering me to re-send a code via SMS on my cell but facebook website would never accept the new code without any other notifications of any kind. Did push an email to facebook support on this, but just got an automated reply. So I was finally free of using facebook for business chatting. While it has been a great experience and an education, I was exhausted from chatting 18 hours a day for 7 days in a row. One thing I would message to all smartphone users facebooking is communication between individuals matters. Communication between strangers crossing countries boundaries should matter most when one engage in it. We do not want to pollute the world with twisted, presumed private by some, human to human communications. Presume no communication is private in the Internet of Things.