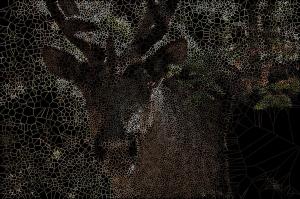 The failure of the Ontario Ministry of Natural Resources and Forestry to produce and release caribou range plans as required by the federal government is more than just an embarrassment; it’s an abrogation of its responsibility to Ontarians to set limits to the continual expansion of the industrial footprint in the boreal forest and to steward the boreal so that it continues to support abundant wildlife populations, write Rachel Plotkin and Tim Gray in an article pushed by Ted Simonett for publication by the Canadian daily newspaper The Toronto Star on October 25 in 2017. Greenpeace Canada asks “Will anyone act to save the caribou?” and says “Ontario is not”.

Montreal-based HumanAware.ORG CxO replies here’s the statement I can throw, I am certain most Canadians today do not want their children, and the children of their children, say in 100 years from now, to have only fainted memories about the Canadian Caribous. Back on September 2014, Peter Lee of Forest Watch Canada told Canada.com. “Most logging done in Canada is still to this day done in virgin forests.” The study was put together with the participation of the University of Maryland, Greenpeace, the World Resources Institute and other groups reports huffingtonpost.ca.

Politicians, consider thinking 1000 years ahead in order to make sense and to be sustainable 100 years ahead. Micro managing a country’s resources five years by five years at a time, should be made illegal, period.