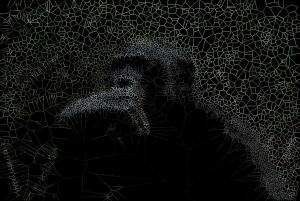 Greenpeace Africa has organized a Wish Tree campaign. The Wish Tree will have traveled through the Congo Basin region carrying the people’s voice on its branches. This Congo Basin campaign asks “Is Norwegian money funding Congo deforestation?”.

Montreal-based HumanAware.ORG CxO replies don’t know about that, moral entities, government officials and politicians often play hide and seek, but what I feel certain is that in 100 years most people on the earth would not want to have only vague memories about gorillas.